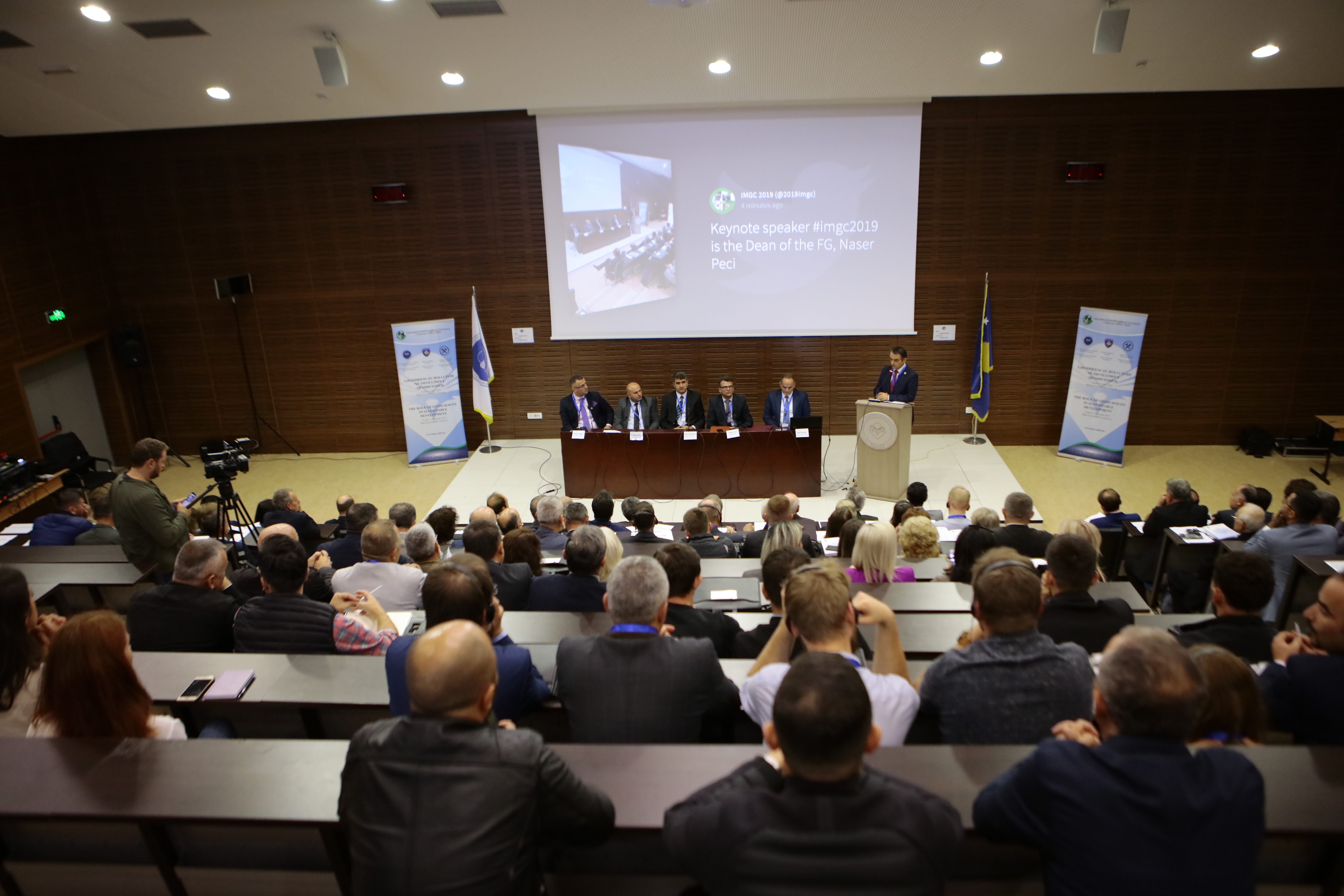 Launched Thursday at the University of Mitrovica’s “Isa Boletini” (UMIB), the “International Geoscience Conference”, which has aroused tremendous interest both at home and abroad. The conference was attended by 86 participants, with a total of 75 abstracts, of which 52 were accepted.

In addition to researchers from local universities, researchers and scientists from different European countries, such as Finland, Italy, Poland, Turkey and Slovenia, are also attending the conference. The two-day conference, organized by UMIB, the Independent Commission for Mines and Minerals, the Ministry of Economic Development and the Geological Service of Kosovo, has been recognized as an extremely important event for geosciences.

The Rector of UMIB, Alush Musaj, welcomed the guests to this conference, which, according to him, represents an event not only for the University of Mitrovica and Mitrovica, but also for our country in general.

“We are honored to have the opportunity to host such an event, which has been included in the 2019 list of activities by the European Geological Service. It means that the conference we are opening today is European in size and we are extremely happy about it. “

He noted that the presence of scientists and researchers from different European countries, in addition to those from the region and the country, give a literal meaning to this geoscience conference. “Kosovo and Mitrovica in particular because of the specifics, there is a great need for events of this character. Scientific events have been scarce and have been overshadowed by post-war political circumstances in our city, so this conference is good news, ”Musaj said.

Opening of the conference was also addressed by the Chairman of the Conference Organizing Council, Sabri Avdullahi, then the Dean of the Faculty of Geosciences, Naser Peci, Academic, Minir Dushi etc. Subsequently, the plenary section continued where the papers of local and foreign scholars were presented.

The conference continues on Friday throughout the day.