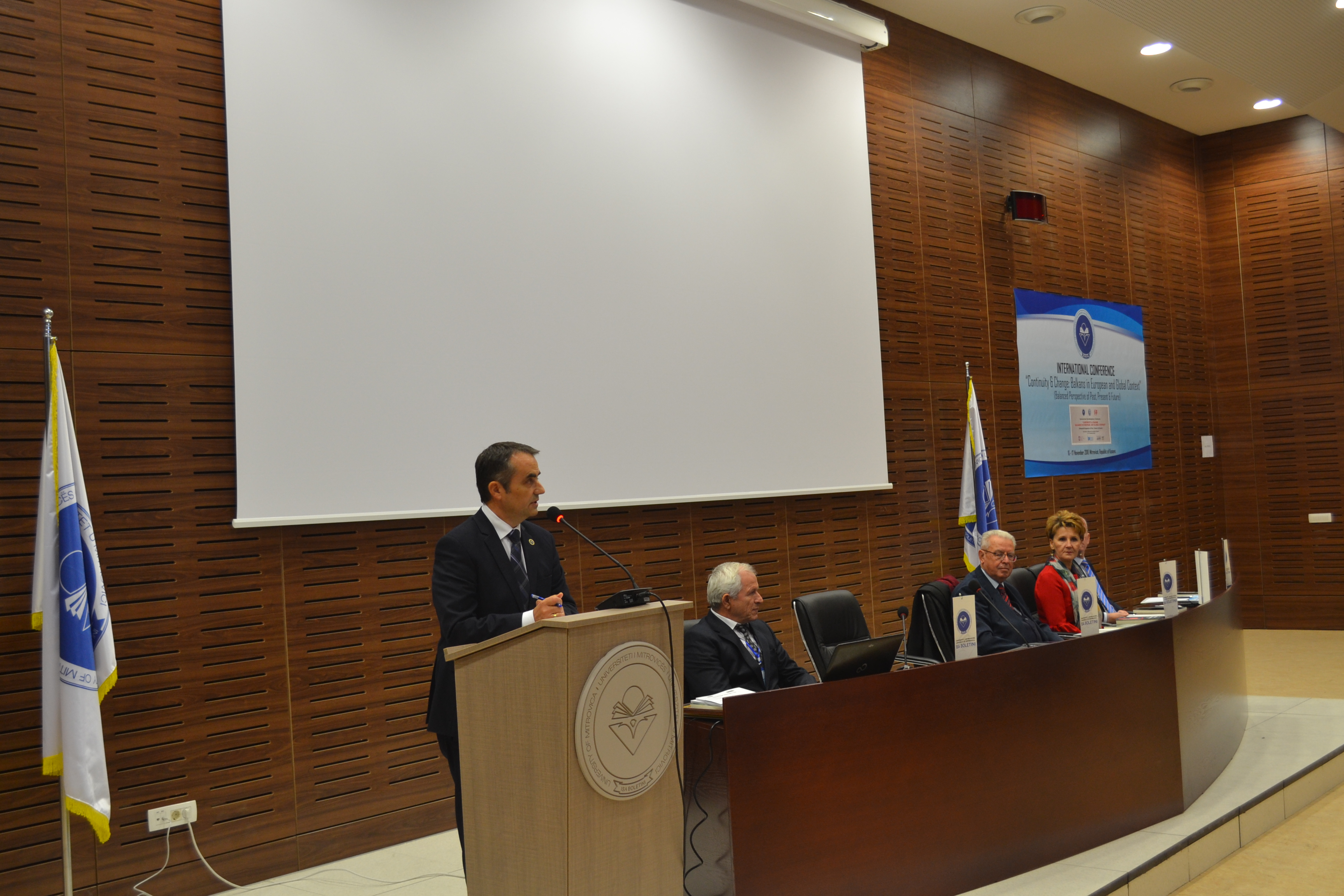 The Rector of “Isa Boletini” University in Mitrovica, Alush Musaj, at the opening ceremony of this conference, thanked all those who contributed to its organization and progress. “It is a special honor and pleasure to be with you today at this conference, which is undoubtedly an outstanding event for our University. To make it even grander, this conference is the first major event to be held at the new university campus in Mitrovica. “

According to him, this scientific conference is a good omen for the positive changes in this part of Europe, albeit very slowly and with great obstacles. “On the other hand, the conference is a good opportunity for scholars from different countries, then from our region and country, to share their study experiences related to the nature of the topic being addressed. This part of Europe desperately needs scientific conferences, for the organization of people of science and knowledge, who break the circles of thinking and acting with the logic of the past. “

On behalf of the “Alexander Moisiu” University, the participants were greeted by Professor Leke Sokoli. He said that in their image, Mitrovica is a myth, an inspiration and a challenge. “The idea of ​​seeing the Balkans between the past and the future cannot be realized anywhere better than in Mitrovica,” he said.

Academician Servet Pellumbi expressed the joy of being in Mitrovica and even more so in the new university campus of this city. He also praised the holding of this conference and the presence of a large number of scholars.

According to conference coordinator Besim Gollopeni, 160 scientific papers will be presented during the two-day conference. “There are a total of 220 authors and co-authors coming from 18 different countries who will attend 15 separate sessions.”