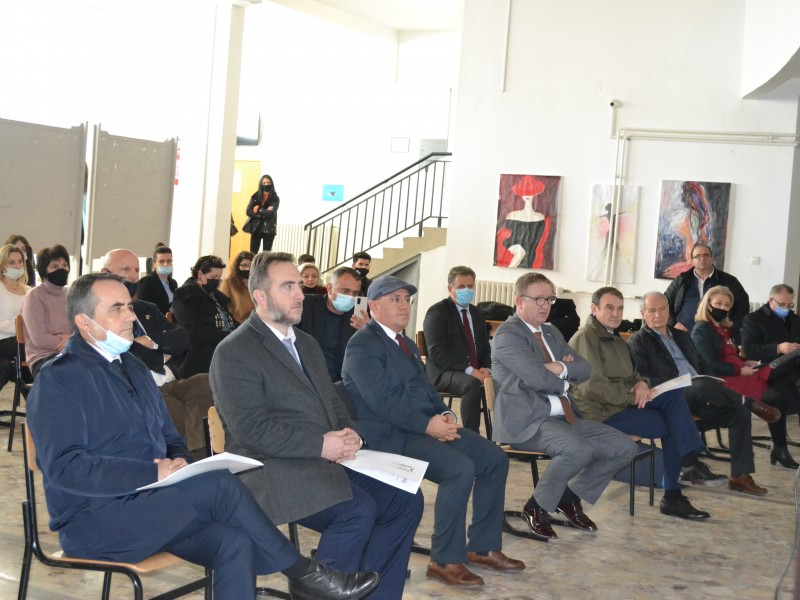 The Rector of the University “Isa Boletini” in Mitrovica, Prof. Dr. Alush Musaj, participated in the celebration of the International Holocaust Remembrance Day, which was held on Thursday at the University “Fehmi Agani” in Gjakova. This traditional event, this year was dedicated to the Austrian-Jewish albanologist Norbert Jokl, organized by the Kosovo Jewish Organization (KJO) and the Institute for the Spiritual and Cultural Heritage of the Albanians in Skopje.

The rector of the University “Fehmi Agani” in Gjakova, prof. ass. dr. Artan Nimani, who said that this event is incomparable in terms of horror and pain. He emphasized the important role of Albanians in rescuing Jews, who in their families have sheltered many Jews who had fled from other countries, or lived in Kosovo and Albania.

The event was attended by diplomatic representatives, representatives of local institutions in Gjakova, representatives of religious communities, scholars, professors and students. Meanwhile, the Israeli Ambassador to Macedonia, Dan Oryan, through a video message greeted and thanked for the organization, explaining the role, importance and values ​​of the Holocaust commemoration.

The participants listened to the papers for the Austrian-Jewish albanologist Norbert Jokl, of prof. dr. Anton N. Berisha from the University of Calabria and prof. dr. Skender Asani from the Institute for Cultural Heritage of Albanians from Skopje. The event was followed by an orchestral performance under the direction of Prof. Kastriot Sada.