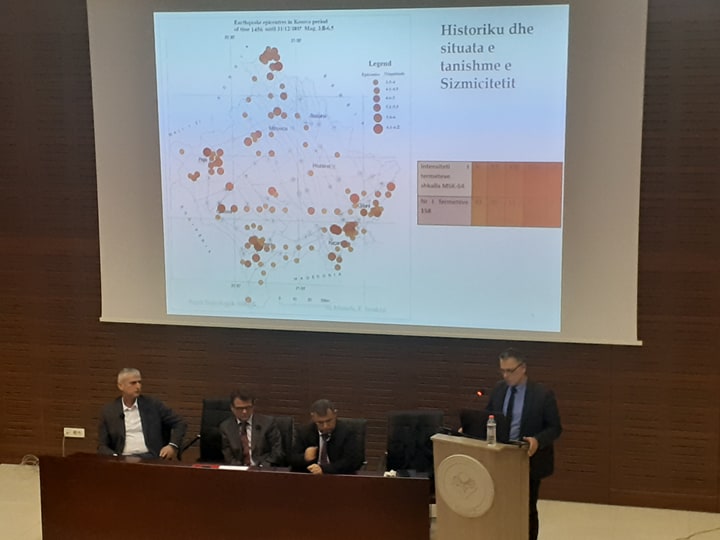 Organized by the Faculty of Geosciences at the University of Mitrovica “Isa Boletini” (UMIB), a roundtable was held entitled “Earthquakes, seismic areas and seismic activity in Kosovo.” In addition to UMIB teachers and students, representatives from the Kosovo Seismological Institute, the Kosovo Geological Survey and the Independent Commission for Mines and Minerals were also present at the roundtable.

Initially, two presentations on the topic were held at the table. The professor, Gani Maliqi, spoke about earthquakes and seismic activity in Kosovo, while dr.sc. Shemsi Mustafa, presented the work and activity of the Seismological Institute of Kosovo.

After these presentations, the roundtable continued with the part of discussions on seismic activity in Kosovo. Special emphasis was also given to last year’s earthquake in Albania, which caused many casualties and great material damage.

Participants in this roundtable assessed this as an activity that has aroused interest among experts in this field and also students. FGJ Dean, Naser Peci, thanked the presenters and all those who participated for their contribution.

According to him, the roundtable was organized in order to provide opportunities for experts to have their say in terms of earthquakes and seismic activity in Kosovo.