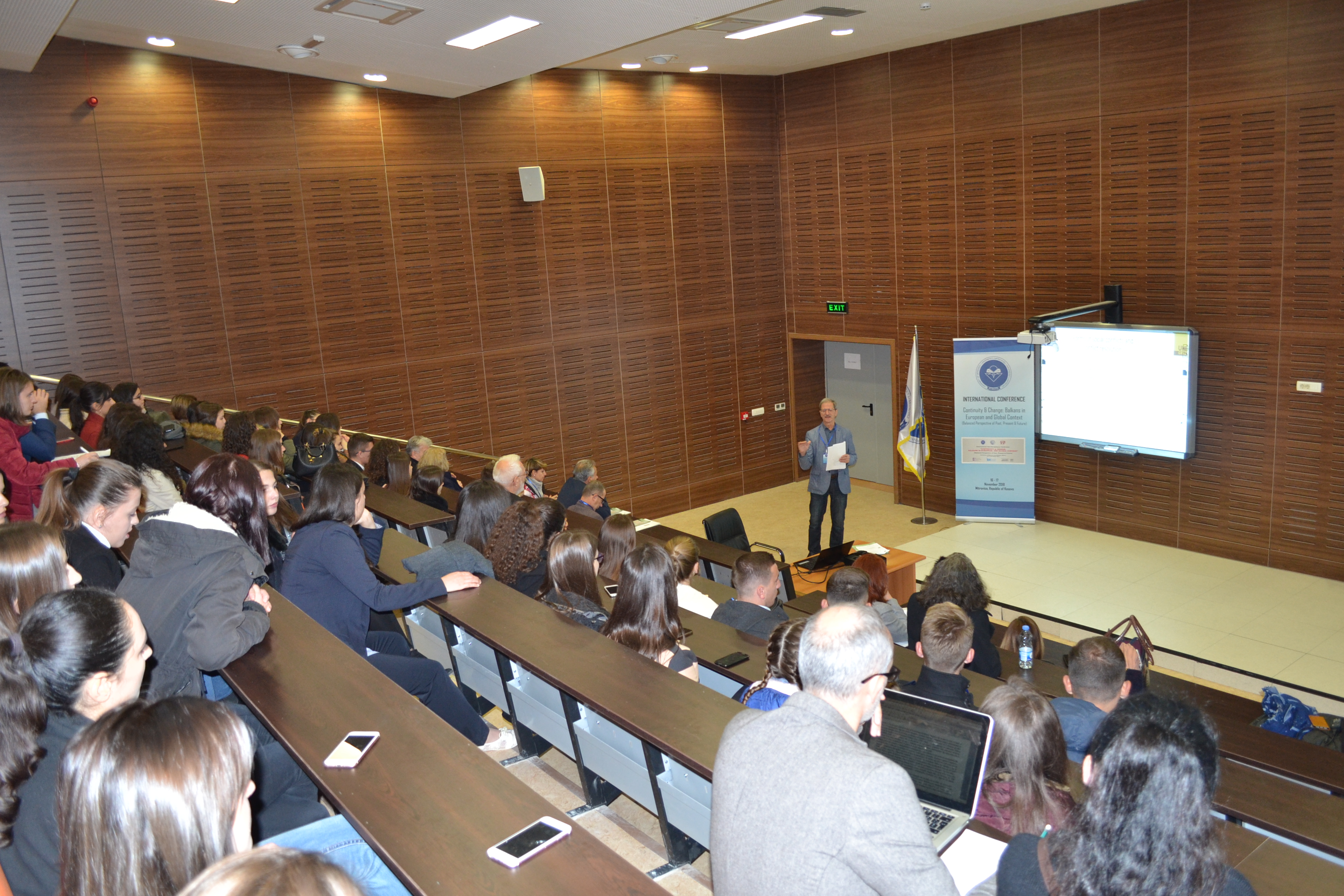 The second day of the International Interdisciplinary Conference “Historical Continuity and Change: The Balkans in a European and Global Context” continued on Saturday (November 17th) at Isa Boletini University in Mitrovica. Professor Max Haller, Grac University in Austria, Professor Russell King from Sussex University from the United Kingdom and Professor Ilir Gedeshi from Tirana University have woken interest and are cautiously expected by the participants.

Otherwise, the conference coordinator, Besim Gollopeni, once again thanked all those who have helped organize this event marked at “Isa Boletini” University in Mitrovica. “There have been two days marked in our university and city, as it has been an event that has brought together scholars, personalities and people of science and knowledge from 18 countries around the world.”

According to him, 160 scientific papers were presented during the two days. “There were altogether 220 authors and co-authors coming from 18 different countries,” he said.

The conference was organized by Isa Boletini University in cooperation with Aleksander Moisiu University in Durres and “AAB” College.