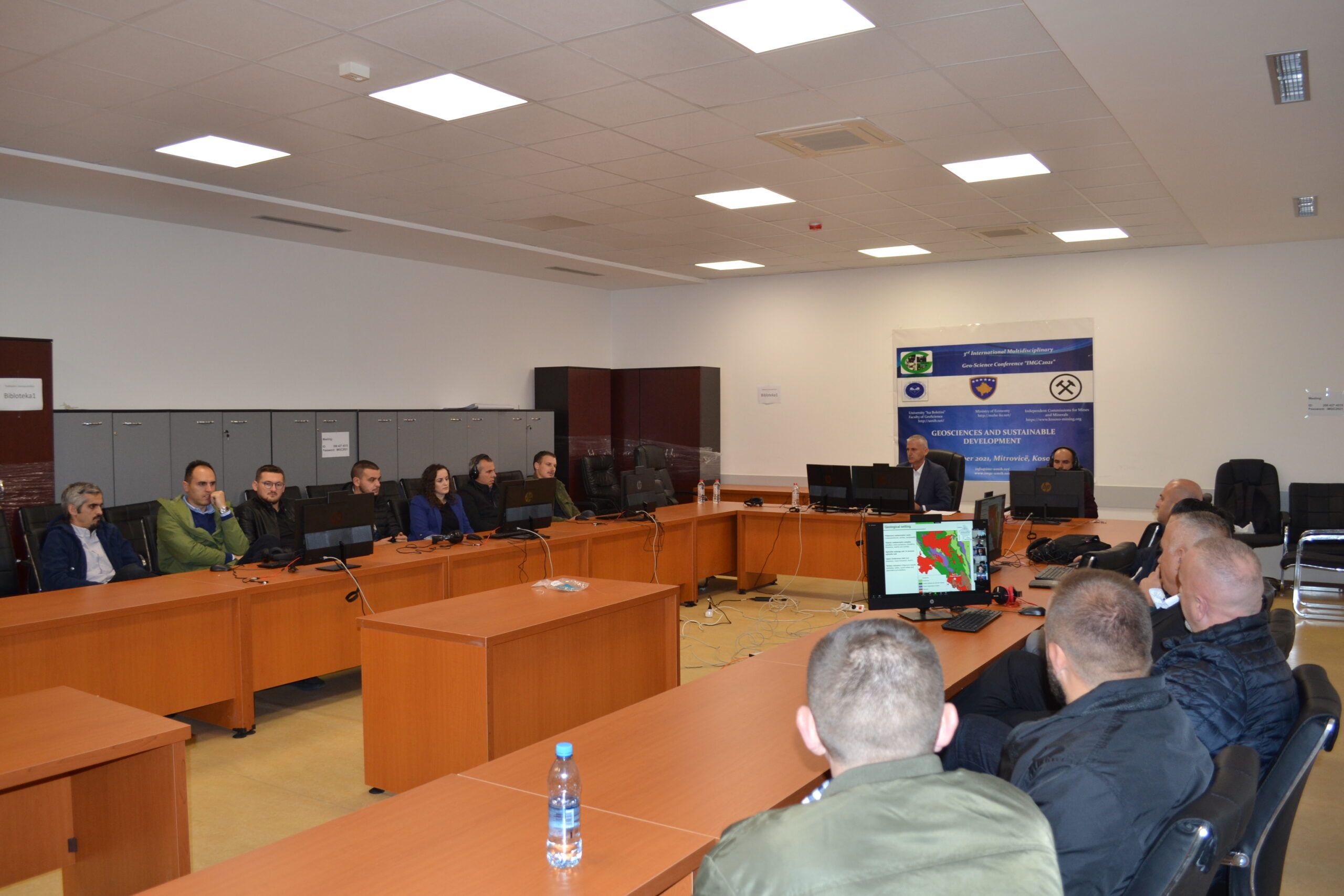 The Third International Multidisciplinary Conference on Geosciences (IMGC2021) was held on Thursday at Isa Boletini University in Mitrovica (UIBM). In this edition, which was held online due to the Covid-19 pandemic, a total of 38 works from different countries were presented: Canada, Norway, Poland, Slovenia, Hungary, Turkey, Northern Macedonia, Albania and Kosovo.

At the opening of the Conference, the participants were addressed by the members of the Organizing Council. The Chairman of the Organizing Council, prof.dr. Sabri Avdullahi, said that as in previous years, the Conference is arousing great interest within the country, the region and beyond. He thanked the management of UIBM as well as the Ministry of Economy, Kosovo Geological Survey and the Independent Commission for Mines and Minerals for their cooperation and contribution to the organization of this conference.

Dean of the Faculty of Geosciences, prof.dr. Naser Peci, said that the development of professions in the field of geosciences in Kosovo is largely dependent on the activities of the Faculty of Geosciences, while the staff of the faculty over time has continuously contributed to the prosperity of these professions in particular and society in general. . “I hope that the proceedings of the Conference will create opportunities to increase the exchange of knowledge and new discoveries in the field of Geosciences and relevant fields of application.”

Whereas, the rector of UIBM, prof.dr. Alush Musaj, after greeting the participants and appreciating the work of the Organizing Council, said that despite the fact that this edition, like the previous one, is held online, there has been no lack of interest from geoscientific researchers from around the world. “The development of industry here has taken off after the opening of higher education institutions, given the qualified staff that was in great need. As a result of the development of these educational institutions in Mitrovica, almost the entire mining and metallurgy industry in Kosovo is covered with qualified staff.

According to Rector Musaj, despite the challenges that higher education institutions in Mitrovica have gone through, the field of geosciences had a cultured staff, which gradually began to recover, to come here to a scientific conference, attended by renowned researchers from different parts of the world. Before the presentation of the works, the participants were addressed by Mentor Arifaj, Deputy Minister of Economy and Ramiz Krasniqi, Director of the Independent Commission for Mines and Minerals.