Albulena Uka started her studies at the Law Faculty of the University of Mitrovica “Isa Boletini” (UMIB) in 2015. She was very enthusiastic from the beginning. In 2017 she represented UMIB at the international conference at Harvard University. After Harvard in America, Albulena participated in many competitions, conferences and congresses, in which she was gratefully acknowledged for her performance, such as: Bucharest, Istanbul, Vienna, Paris, Brussels, Ankara, Budapest, Skopje, etc. 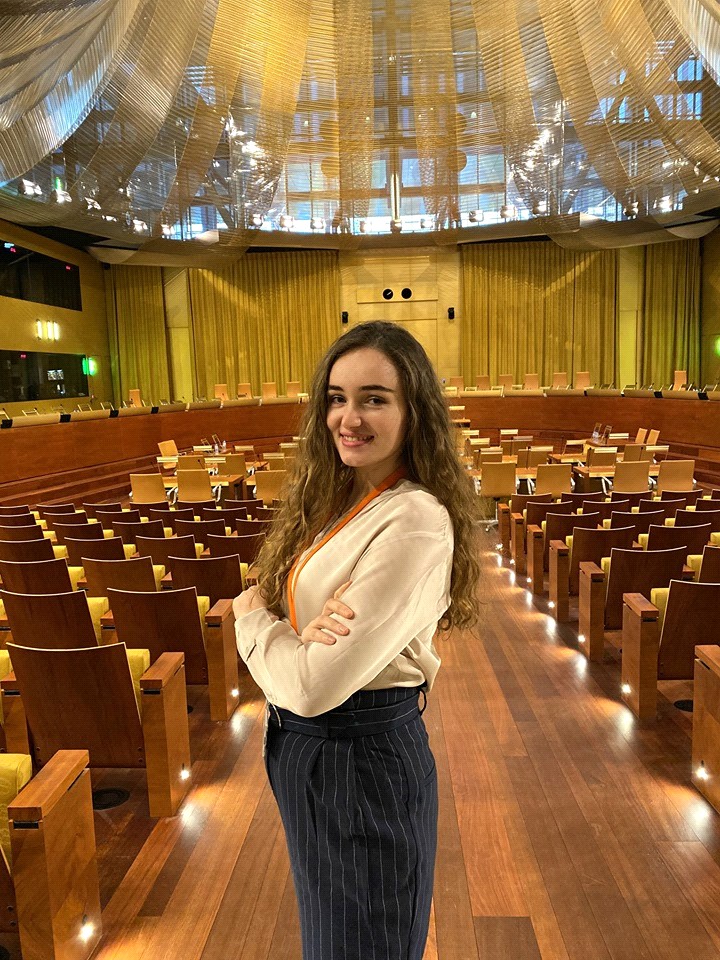 “The University of Mitrovica has given me the first steps of academic development and prepared me for the international professional world,” she says.

In Kosovo she was also engaged in the practice of various government and judicial institutions, such as the Basic Court and the Constitutional Court in Prishtina.

Later Albulena was selected by organizational staffs as leaders at various conferences such as: United Nations Security Council in Zagreb, Human Rights Council in Budapest, Council of the European Union in Vienna and Senior Political Forum in Vienna. Tirana.

After graduating from UMIB in June 2019 with an average grade of 10, she received a scholarship from the European Commission for Master Studies. Albulena is pursuing a master’s degree at the University of Ghent in Belgium, one of the best universities in the world.

Her message to all students is, “Don’t wait for the opportunity to become successful, but create it yourself.”