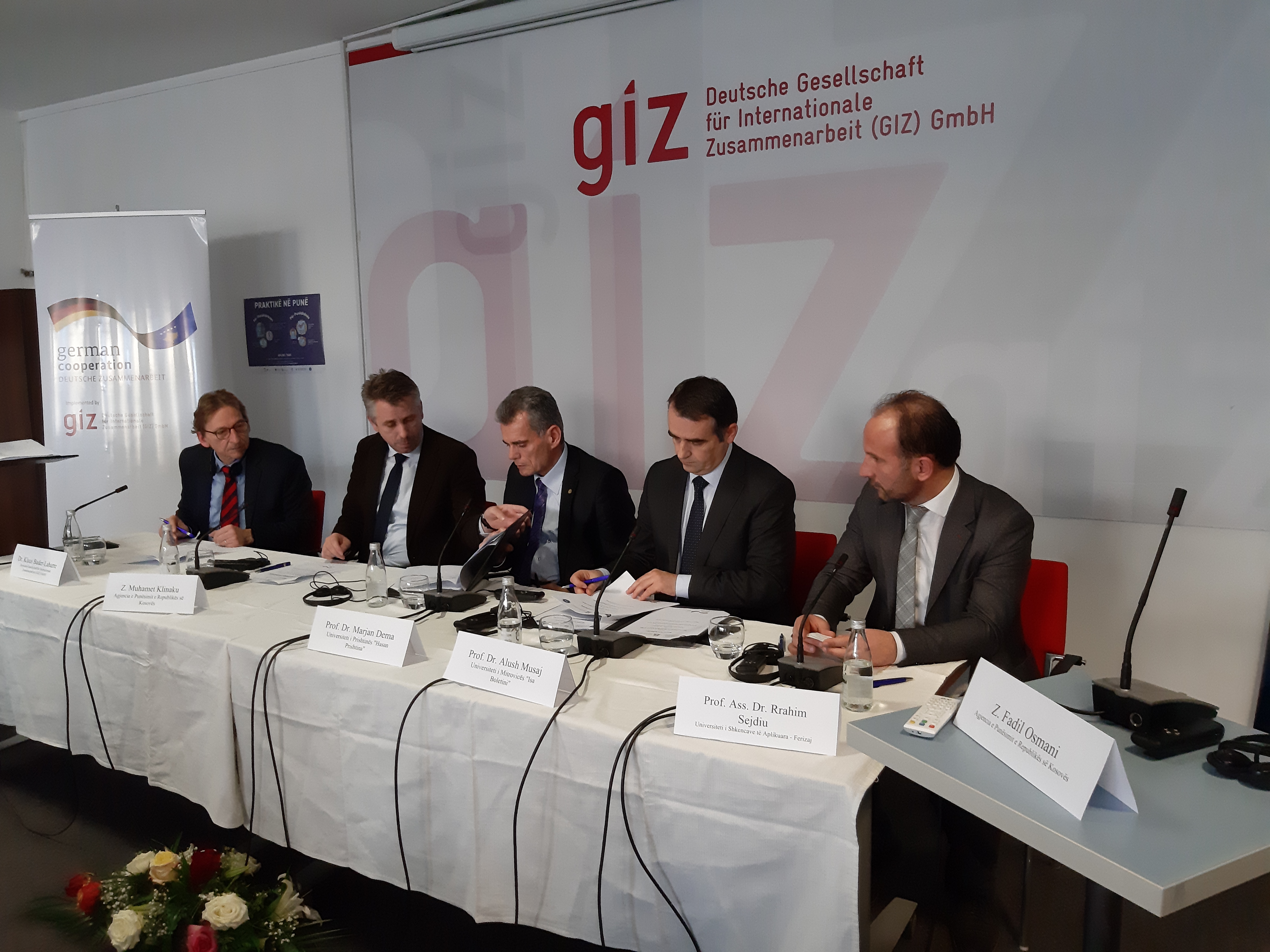 Students who have graduated from the technical programs of the University of Mitrovica “Isa Boletini” (UMIB) and other public universities in Kosovo will be able to engage in paid internships for 6 months. This project will be implemented in cooperation with the Employment Agency of the Republic of Kosovo, GIZ and three public universities, including UMIB.

To this end on Friday at the GIZ headquarters in Pristina, a memorandum of understanding was also signed between the leaders of these organizations and three public universities, which in addition to UMIB include the University of Pristina and the University of Applied Sciences in Ferizaj. Employment Agency and GIZ executives have praised it as a project that will offer those who have graduated with a job market.

While UMIB rector Alush Musaj said that support for graduates in technical faculties is good news, not only for those who will directly benefit from this project but also for the University of Mitrovica itself and business. “The experience that will benefit those who engage in this project will undoubtedly provide them with the labor market. After all, this is the final and most important goal of the project itself. “

According to him, the heavy industry that once functioned, not only in Mitrovica, was maintained and led by staff who came out of these faculties. “The circumstances have already changed, but what remains is the need for the staff of this nature. The revival of this industry cannot be imagined without these cadres, ”he said.

Rector Musaj said that internship is definitely a great opportunity for graduates and thanked the Employment Agency of the Republic of Kosovo and GIZ for this. “I would also like to take this opportunity to thank the GIZ leaders for their support in organizing the first Job and Career Fair at our University, which was a very attractive and important activity for students and businesses in the Mitrovica region. “.

Otherwise, according to the project, it is foreseen that the students who have graduated in technical programs will be presented to the Employment Offices, where they will be informed with all the details.

All graduates of these faculties are eligible to apply (this also applies to those graduates whose residence is in other Regions, who have graduated from the above mentioned technical faculties.