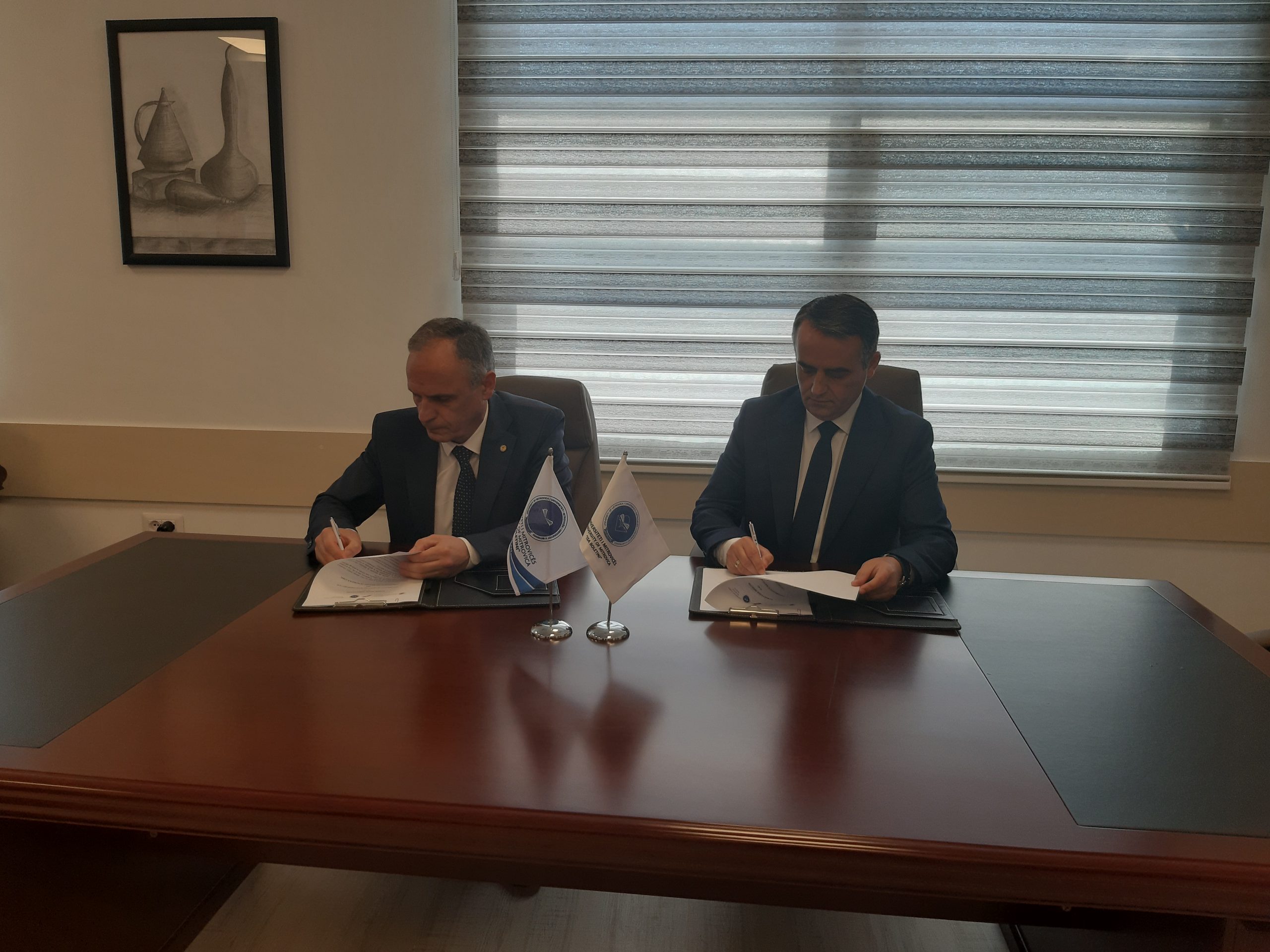 The academic staff of the University “Isa Boletini” in Mitrovica (UIBM), will use the capacities of the Center for Excellence in Teaching at the University of Prishtina “Hasan Prishtina” (UP), to start the training process. For this purpose on Thursday, a Memorandum of Understanding was signed between the two universities by the Rector of UIBM, prof.dr. Alush Musaj and the rector of UP, prof.dr. Naser Sahiti.

This Memorandum of Understanding aims to regulate the possibility of training UIBM academic staff at the UP Center for Teaching Excellence (QPM), to ensure excellence in teaching and the advancement of the skills and competencies of UIBM academic staff. As such, it is realized at the request of Rector Musaj, based on the 2015 agreement between UP, UIBM and the Ministry of Education, according to which UP will assist UIBM in academic fields.

Rector Musaj, thanked his counterpart from UP for the readiness to implement this cooperation that has to do with the training of academic staff at UIBM. On the other hand, Rector Sahiti, expressed his happiness that the Center for Excellence in Teaching can help UIBM in this direction.

The agreement specifies the duties and responsibilities of the parties, where among other things it is foreseen that the Center for Excellence in Teaching (QPM) of UP, will provide training at the basic and advanced level for the academic staff of UIBM. On the other hand, UIBM determines the list of academic staff that will be participating in the trainings organized by the UP of QP.

It is specified that the trainings of the UIBM academic staff will be held in the foreseen spaces, or virtually, according to the schedule and activities defined by the UP QPM. On the other hand, the academic staff of UIBM are obliged to attend all sessions planned within the trainings organized by the QP of UP.

Regarding the evaluation of the performance of the academic staff of UIBM during the development of trainings by the QP of UP, it will be done in accordance with the regulations set by the QPM. QPM is obliged to provide UIBM academic staff, who have successfully completed the training, with a certificate of UP QPM.

After the meeting, the rector of UP who was accompanied by the Vice Rector for International Cooperation, prof.asoc.dr. Albulena Blakaj, together with the hosts visited the UIBM university campus.