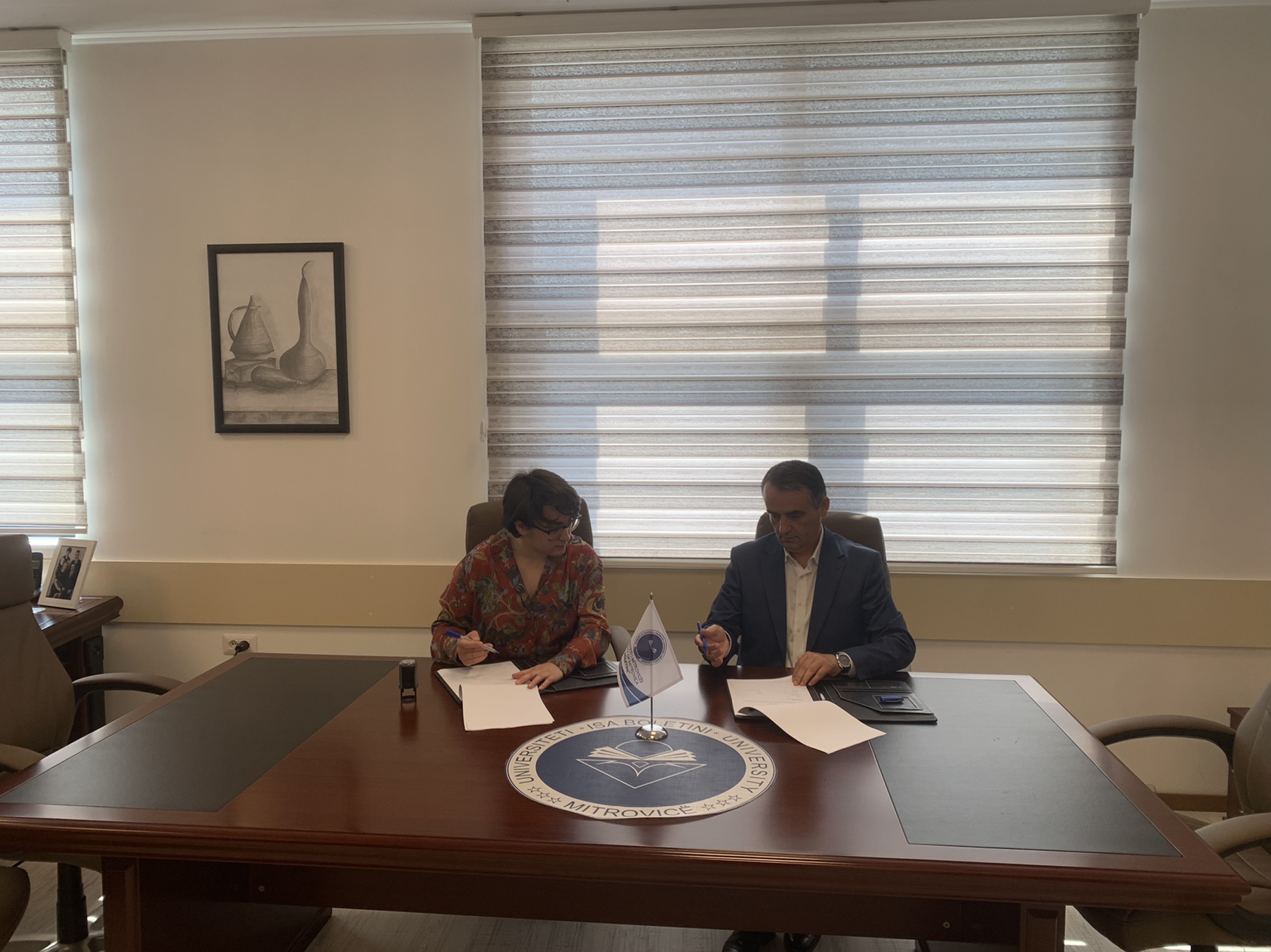 UIBM and the organization Alternative Dispute Resolution Center – Mediation Center Mitrovica (ADRC – MCM), will cooperate and coordinate activities within the project “Towards facilitating access to justice in northern Kosovo.” For this purpose, a Memorandum of Cooperation was signed by the Rector of UIBM, prof. dr. Alush Musaj and Zana Syla, project coordinator.

The memorandum aims to promote the joint efforts of both parties in advancing issues of mutual interest. The parties will coordinate activities aimed at promoting and affirming the internship program for young lawyers envisaged under the project “Towards facilitating access to justice in northern Kosovo” supported by the National Endowment for Democracy.

According to the Memorandum, UIBM and ADRC – MCM will cooperate in other activities that contribute to the internship program for young lawyers and initiatives and efforts such as: informing about various relevant study modules and programs, informing students about different engagement opportunities (such as: through participation in the organization and organization of symposia and lectures on various topics, information sessions, seminars, open discussions, study visits and various).

ADRC – MCM will prepare an open call for applications for internships for young lawyers (students and graduates in the field of law) of the Mitrovica region (seven municipalities of the Mitrovica region) which, among others, will distribute to and from UIBM. While UIBM and relevant departments will accept the open call for applications for internships in three languages ​​and will distribute this through their information channels and communication with students and graduates of the Faculty of Law at UIBM.

UIBM and relevant departments will be committed to encouraging its students and graduates (Faculty of Law at UIBM) to apply for internships implemented by ADRC – MCM etc.