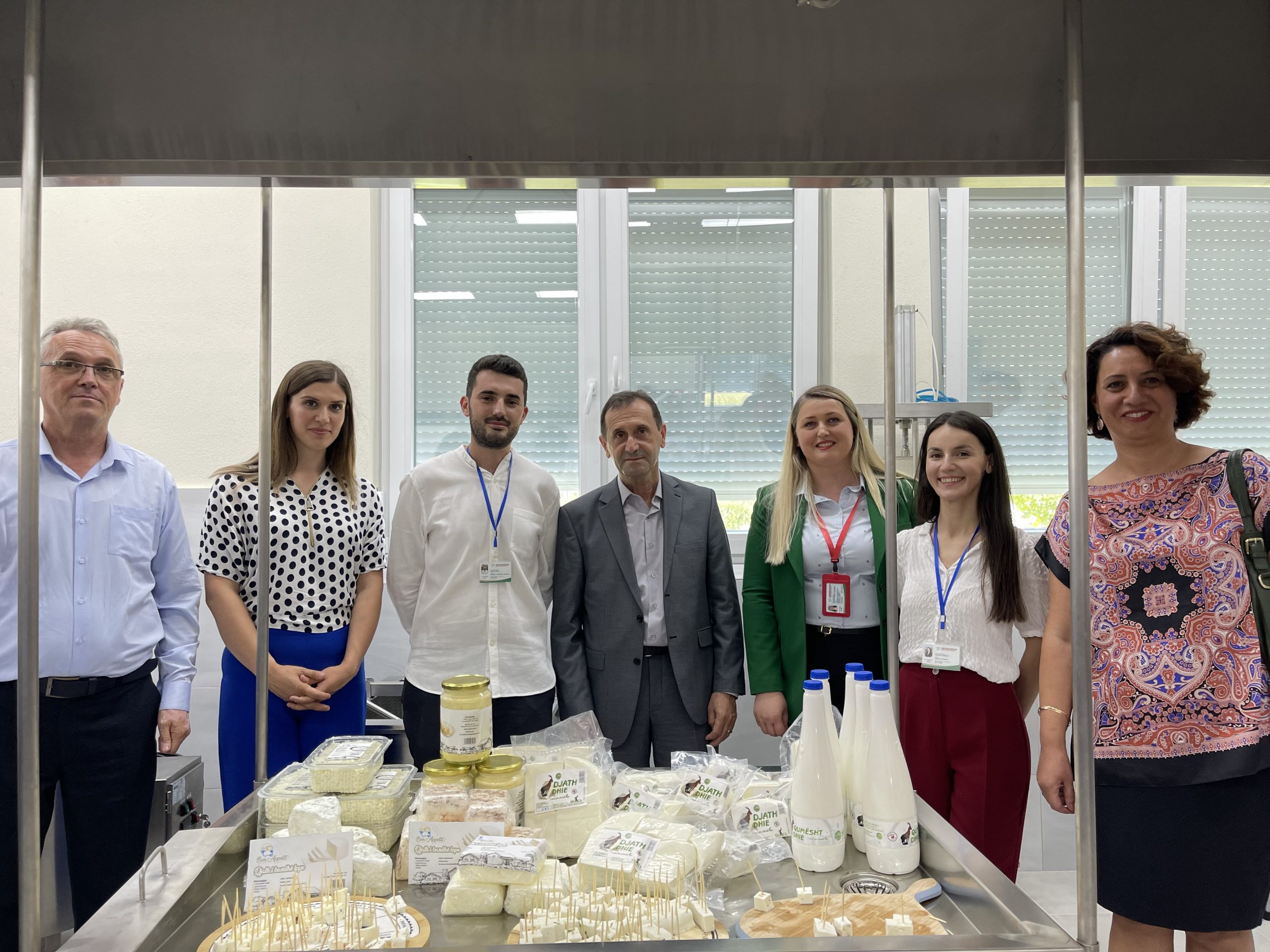 IADK inaugurated on Wednesday in Vushtrri the 210 square meter facility, dedicated to food processing and vocational training, which will be available to students and teachers of the University “Isa Boletini” in Mitrovica (UIBM). The inaugurated space will be used concretely for professional training in the programs “Dairy” and “Conservator of fruits, vegetables and the like”, accredited and validated by the National Qualifications Authority.

The inauguration ceremony, in addition to the heads of central and local institutions, was attended by the Vice Rector for Finance at UIBM, Ajtene Avdullahi and the Dean of the Faculty of Food Technology (FTU), Milaim Sadiku. Also present were former UIBM students who are engaged in IADK.

The event was part of the project “Improving employment and income generation opportunities in rural areas of Kosovo”, supported by “Bread for the word” from Germany and co-financed by the Municipality of Vushtrri.